EDINBURG — Whether or not former Port Isabel City Manager Edward Meza can continue to pursue the severance package he says he’s owed after the city fired him during a 2015 political shakeup is a decision that now rests in the hands of the 13th Court of Appeals. 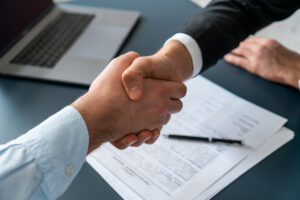 While the city contends that there was no valid contract between it and Meza — and that even if there had been, it enjoys sovereign immunity from suit — Goldberg argued a contract does exist, and that Port Isabel has withheld Meza’s contractually due severance pay as an act of political revenge.

The contract dispute has stretched on for more than three years now, having first been argued in federal court in 2016 as a civil rights matter, before landing in the 444th state District Court in February 2017. And it is in state district court where the case has since languished under a series of what Goldberg on Thursday termed legal “motion fights” between the two sides.

After more than two years with little progress made and a failed attempt at mediation, the case has now ascended to the appellate court, which will decide whether or not to overturn the lower court’s decision denying Port Isabel’s plea to the jurisdiction, in which the city argued the 444th Court does not have the jurisdiction to hear the case. 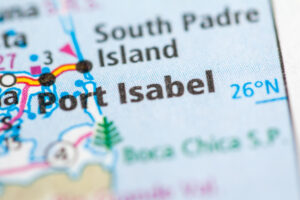 The city’s relationship with Meza began to sour in the spring of 2015, when the political makeup of the city commission began to shift and a new majority began to take shape.

Over the span of several weeks between April and May 2015, the realignment of the commission resulted in members of both factions accusing each other of malfeasance, profiting off the city for personal gain, and in opposing votes to oust commissioners from office.

As part of the upheaval, Meza came forward with allegations of corruption against certain members of the commission.

The outgoing majority succeeded in voting the two minority commissioners out of office in mid-April 2015 before an accelerated, if brief, court battle reinstated them to their seats later that month. Approximately two weeks later, the reinstated commissioners — Martin Cantu Sr. and Juan Jose “J.J.” Zamora — spearheaded votes to fire Meza and then-City Attorney Robert Collins.

Cantu remains on the commission, and Zamora has since become the mayor of Port Isabel.

By the end of May 2015, the new commission majority then voted to rescind Meza’s severance agreement, which had been approved by a majority of the commission in June 2010, two years after the city had elevated him from director of historical preservation to city manager.

The following summer, Meza filed his first suit against the city in federal court for wrongful termination, alleging the city had acted in retaliation for his uncovering of corruption, and thereby violated his First Amendment rights to free speech.

However, a federal magistrate judge ruled that Meza had been acting in his capacity as a city employee when he made the corruption allegations, and therefore did not enjoy such broad free speech protections. The judge dismissed the civil rights claims with prejudice, but also noted that the remainder of Meza’s claims — breach of contract — could properly be heard in state district court.

Meza’s attorney, Daniel Goldberg, filed the new suit in state district court in February 2017. Port Isabel fired back soon after, filing a countersuit of its own, alleging malfeasance on the part of Meza in relation to the city’s finances and in a failed attempt to restore the Port Isabel Yacht Club.

The latter allegation has since morphed into a separate lawsuit that has ensnared Meza, as well as the principal participants in the restoration project — former consultant to the city, Petra Reyna, and architect Theresa Fonseca.

By December 2017, Port Isabel had launched an argument alleging the court had no jurisdiction to hear the case citing the city’s sovereign immunity from lawsuit, and alleging it had not waived its immunity through breach of contract because the severance agreement with Meza was not a valid or properly executed contract to begin with.

State District Judge Dan Sanchez denied the city’s motion on Feb. 12 of this year. That same day, Port Isabel appealed the decision to the 13th Court of Appeals.

While Port Isabel — as the side appealing the lower court’s decision — had 20 minutes to present both its arguments and a rebuttal, Goldberg was only allowed to use his 20 minutes to present arguments, with no rebuttal. At one point, Benavides, who served as presiding justice during the hearing, admonished Goldberg when the attorney tried to refute one of Hinojosa’s assertions.

Despite the procedural hiccups, the trio of justices listened intently to the two attorneys, pausing often to parse through their legal arguments, namely, what constitutes a valid and enforceable contract.

Though both sides agreed that the minutes of a June 2010 city commission meeting accurately reflected that the commission had discussed entering into a severance agreement with Meza, and had laid out some basic terms for such a contract, they differed on the validity of that discussion.

Hinojosa argued the contract was unenforceable because it had never returned to the commission for a second vote of approval, and because it lacked “an essential term of a contract — how long the contract’s gonna be,” he explained to the justices.

In turn, Goldberg argued that more defined terms were spelled out in a written contract signed by then-Mayor Joe E. Vega and Meza.

Under the terms of that written contract, the severance agreement was self-renewing every year, unless a majority of the commission voted to rescind it at least 90 days before the end of its term. The written contract also stipulated that Meza would receive one year’s salary, plus benefits, should he be terminated for any reason.

Hinojosa denied the city had any knowledge the written contract existed until Meza brought it forward in the lawsuit, and added that it was unenforceable because its terms violated the city charter, which prohibits the city from hiring a city manager for a set term.

“Employment agreements under the city charter are not allowed, because it is a term for a definite period of time,” Hinojosa argued.

Goldberg argued that the disputed written contract and the undisputed agreement noted in the city meeting minutes were part and parcel of the same contract. “We’re suing on both because they’re one and the same contract. The fact that there are a few different terms that are generally boilerplate doesn’t negate the actual vote itself,” Goldberg said.

However, neither side could say who had actually authored the language of the written contract.

In the five minutes allotted for his rebuttal, Hinojosa lambasted Goldberg for allegedly making new arguments and citing case law not previously included in his 119-page brief to the appellate court. “This is a moving target with these folks, just like this contract. This contract was a moving target,” Hinojosa said.

After the hearing, Hinojosa elaborated, saying Goldberg had not responded to the city’s main objections to the suit — its claims of sovereign immunity.

But Goldberg fired right back, saying the appellate court has a responsibility to consider all case law. “This is what is called an appeal based on de novo appeal, which allows a court to consider all the law and all the facts when making a decision,” Goldberg said outside the courtroom.

“So, yes, there are arguments which are nicely laid out, which he (Hinojosa) missed, and then there are others in terms of cases that I am permitted to bring on up,” he said.

Should the appellate court grant Port Isabel’s appeal, then the trial court will be forced to reverse its decision, ultimately stopping the case from proceeding any further. But that decision could take several months to come down, Hinojosa said.

Goldberg said the length of time the case has dragged on for is a direct result of a punitive attitude in the city’s leadership. “The fact that this has gone on so long and sucked up as many resources as it has shows you to the extent that the city’s leadership is willing to take to make a point. And the point is this: don’t cross us, otherwise we will go to the mat, as long as it takes, to get revenge,” Goldberg said.

For his part, Meza — who had sat quietly in the courtroom with a small group of supporters — sighed in exasperation after the hearing. The former city manager pointed to his unblemished record with the city prior to 2015’s political shakeup. “I can just say that I dedicated my life to Port Isabel — 20 years without no reprimands. They even gave me the position of city manager because I was doing so well with the museum,” Meza said.

Meanwhile, the separate civil case with Port Isabel in which Meza is a defendant also continues to drag on. Meza is representing himself in that lawsuit, which is slated for trial in January.

This site is registered on wpml.org as a development site.