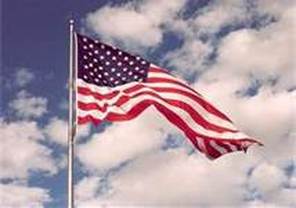 Below is some history on the DACA program. After reading below, please feel motivated to move quickly on ensuring that you are covered under this window of opportunity to apply for DACA TODAY!

On July 17, 2020, a District Judge in Maryland ruled that U.S. Citizenship and Immigration Services (USCIS) must accept applications from NEW Applicants of DACA!

September 5, 2017, President Trump stated that he is ending the “Deferred Action” program. Deferred Action, otherwise known as DACA, was an executive policy announced by President Obama on June 15, 2012.

Previously, only individuals who were already granted DACA could seek a renewal of their immigration status. Now, new applicants of DACA will be accepted.

This program is still under litigation. The U.S. Supreme Court heard arguments about DACA, but has not issued a decision at this time.

Over 800,000 young people who entered the United States at a young age since have benefited from Deferred Action and have received a work permit or EAD (“Employment authorization Card”).

In order to qualify for “Deferred Action,” the applicant must meet the following requirements:

1. Was under the age of 31 as of June 15, 2012;
2. Came to the U.S. before reaching his/her 16th birthday;
3. Has continuously resided in the U.S. since June 15, 2007, up to the present time;
4. Was physically present in the U.S. on June 15, 2012, and at the time of application to USCIS;
5. Entered without inspection before June 15, 2012, or lawful immigration status expired as of June 15, 2012;
6. Is currently in school, has graduated or obtained a certificate of completion from high school, has obtained a GED, or is an honorably discharged veteran of the U.S. Coast Guard or the U.S. Armed Forces; and
7. Has not been convicted of a felony, a “significant misdemeanor,” three or more other misdemeanors, or does not otherwise pose a threat to national security or public safety.

Be Aware Before You Apply

We are here to help you make the right choice for you and your situation.

This site is registered on wpml.org as a development site.