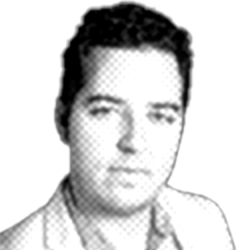 Daniel Goldberg spent his childhood in Tel Aviv, Israel. He graduated from Bellaire Senior High School. He received his undergraduate degree in International Studies and Political Science from the Virginia Military Institute, during which time he spent semesters at the American University in Fez, Morocco, St. Anne’s College and New College in Oxford, England.  Daniel then earned his doctorate of jurisprudence from the South Texas College of Law. Immediately thereafter, Daniel was admitted into the Texas State Bar. He was also admitted to the United States District Court of the Southern District of Texas and into the Tennessee State Bar. He is also member of the Houston Bar Association, Houston Trial Lawyers Association, and several other groups, associations, bars, and the like. Daniel has devoted his career to civil litigation, trial law and simple problem solving. Since Daniel has no private time, he has no hobbies or passions to report.

Despite his best efforts, Daniel was chosen as a Super Lawyers Rising Star repeatedly ever since 2016. 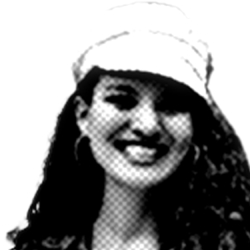 Sara Goldberg is an attorney in The Goldberg Law Office, PLLC. She is proud to be a native Houstonian. Born to a Filipino mother and American father, she has had a strong interest in learning about different cultures and languages. Sara is proficient in speaking Spanish and Hebrew.

Sara completed both her undergraduate and graduate studies within five and a half years. She received her bachelor of arts in Spanish from the University of Texas at Austin. As an undergraduate student, Sara studied at the Tecnológico de Monterrey in Mexico City for five months. She received her Doctor of Jurisprudence from South Texas College of Law in 2007. Sara focuses primarily on immigration law. She handles family and business based immigration issues, naturalization, and represents clients in deportation proceedings. She is also involved in long-term disability cases and serves as a part-time Associate Judge in the City of Houston Municipal Courts. In her very little free time, Sara enjoys her ever-growing family, cooking, jazzercise and just the right amount of television.

These words hold as much truth now as they did then. Agreement and compromise will always take precedence in my function as your counselor. Yet part of the universal human experience – since Cain and Able, or alternatively since our primate origins – is to quarrel with one’s fellow man from time to time. For those instances, there seems to be no more civilized a form of combat that the American adversarial civil trial by jury, which the American Constitution’s 7th Amendment guarantees:

Discourage litigation. Persuade your neighbors to compromise whenever you can. As a peacemaker the lawyer has superior opportunity of being a good man. There will still be business enough.

“In Suits at common law, where the value in controversy shall exceed twenty dollars, the right of trial by jury shall be preserved, and no fact tried by a jury, shall be otherwise re-examined in any Court of the United States, than according to the rules of the common law.” My firm will be prepared to stand by your side on these days. Then again, as Norm Crosby once said: “When you go into court, you are putting your fate into the hands of twelve people who weren’t smart enough to get out of jury duty.”

Any cookies that may not be particularly necessary for the website to function and is used specifically to collect user personal data via analytics, ads, other embedded contents are termed as non-necessary cookies. It is mandatory to procure user consent prior to running these cookies on your website.